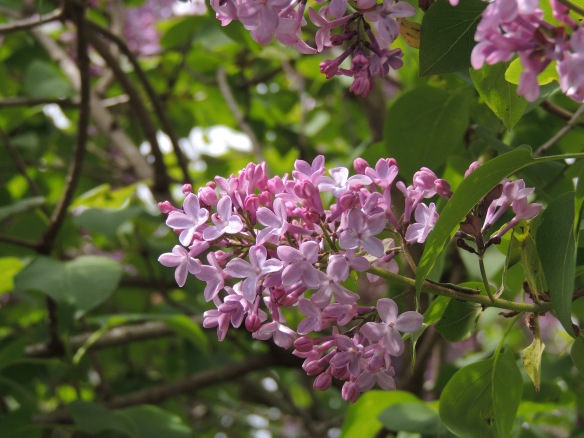 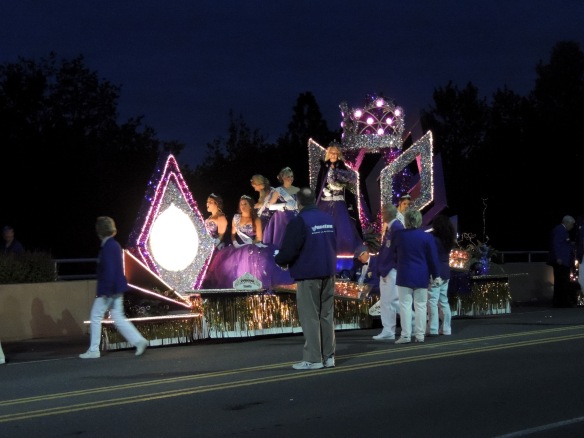 There was royalty in the form of Lilac Princesses. 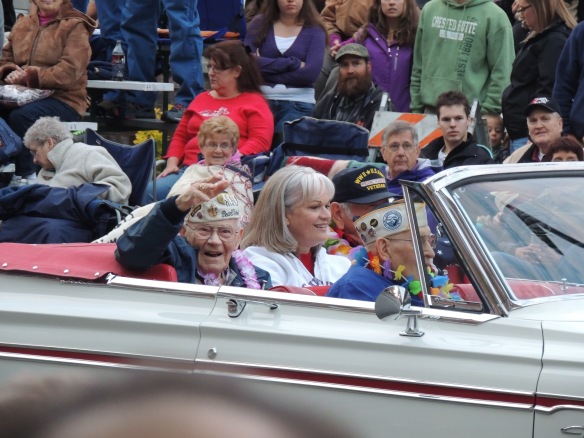 There was royalty in the form of a disappearing generation… 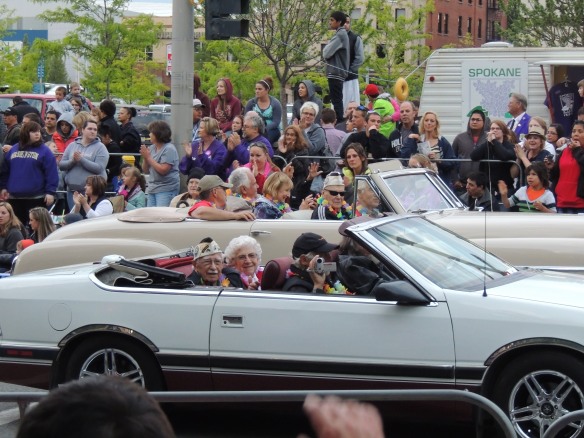 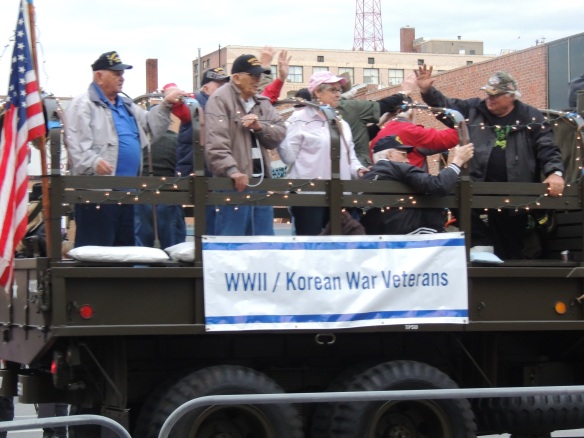 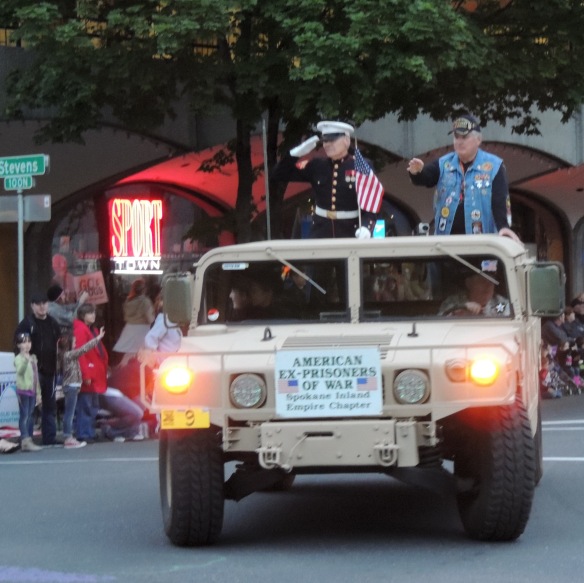 and of course, much recognition for our Armed Forces  past and present.
After all, it was Armed Forces Day here in the United States. 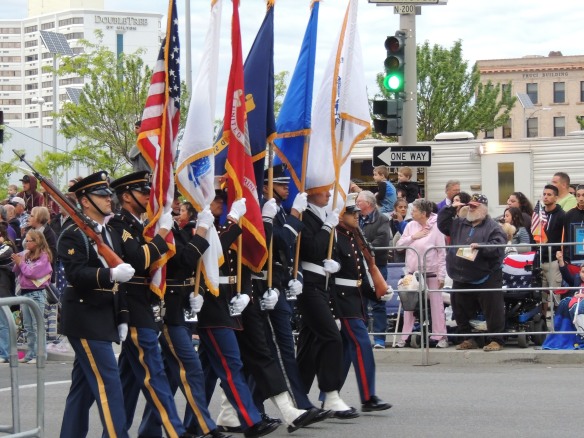 And then there was the very personal reason why we spent many hours downtown on Saturday evening:

Our very own drum major, who spent half of the parade marching backwards. 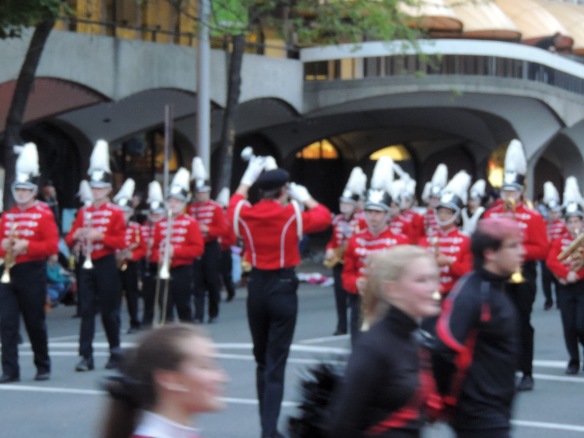 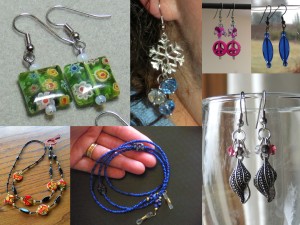