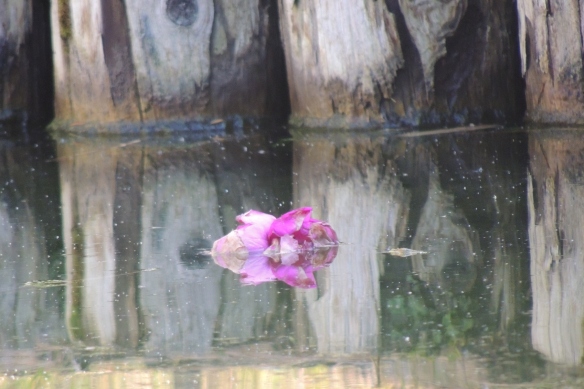 My heart is heavy with sorrow.

Gunshots can’t be heard from 300 miles away, but the reverberations of the shootings of 6 young people at a high school not far from my hometown are felt in my heart.

The shooter was not bullied and he was close friends with his victims.

One of those victims is the daughter/niece/cousin of 3 of my former classmates.

What has happened to us as a society, that such tragedies are almost commonplace in recent years?

I think it boils down to two things:

1) When we were kids, cartoon violence was obviously not real (think Road Runner, Bugs Bunny, Tom & Jerry). Now, kids are growing up playing video games that MAKE violence occur — from obvious cartoon violence like Mario’s SuperSmashBros. to computer generated, quasi-realistic situations where gamers play at war. Instead of watching things occur and laughing at them, computer games INVOLVE the player and make them PART of the violence… with no consequences.
I’m not saying that people can’t tell the difference between reality and the game; I’m pointing out that we “play” at violence as a society, as well as watch it in movies and on television. It becomes something we DO on a regular basis.

2) This was so well-written that I’m quoting it directly from an unknown source (a commenter on an article):

Welcome to the United States the NRA hath wrought. Put a gun in EVERY hand, and everyone will be safer. Well, do YOU feel safe? These are NOT criminals or gang bangers. They’re your neighbors and classmates. The equation “anger + gun” NEVER works out to our benefit.

My libertarian friends believe that everyone would be safer with a gun to protect themselves and their families against “the bad guys.” What they don’t seem to understand is that it doesn’t have to be a “bad guy” — anyone can become a killer in an angry moment if there is a gun available.

The same commenter quoted above also said this:

You never know what button, pushed, will send ANYONE postal. The important thing is that there not be a deadly weapon right there at hand when he goes off. ESPECIALLY not one that would allow him to kill multiple people in a short period of time – even at a considerable distance. There’s no way an innocent victim can defend him or herself from a bullet, no matter what silliness you see in the movies.

And I, for one, am tired of crying over senseless deaths of young people.

11 thoughts on “Lives in the balance”