Fifty thousand people took part in a race today. Bloomsday is a 12-km course with some beautiful vistas and challenging hills, including Doomsday Hill. 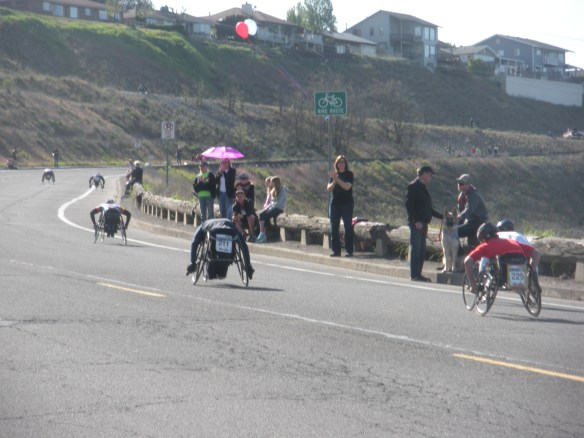 I like to station myself near the bottom of Doomsday Hill to applaud the athletes and take pictures. Mile post 5 is at the top of this hill (off to the right of where the above photo ends). I’ve run up this hill (back in 1994) but I even in my best days of running I could not make it to the top without dismounting from my bicycle; it feels like the uphill climb goes on forever. 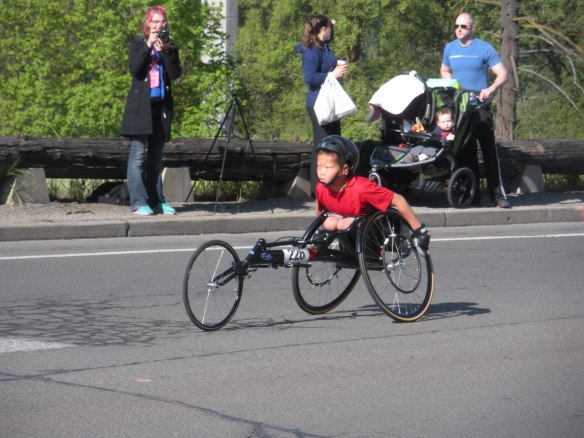 It is a race for all ages. During the time I was stationed near the bottom of the hill, I saw elite racers and some of the faster participants. 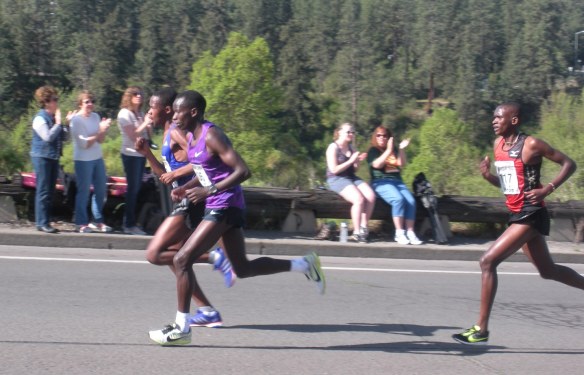 I cheered on racers for about 90 minutes, during which the serious runners mixed in with those who were running for the fun of it.  After all, 50,000 people does tend to bring on a party atmosphere. 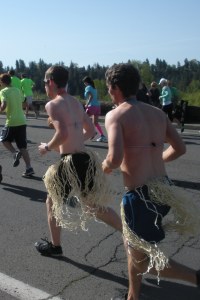 Coconut bras and grass skirts didn’t slow these guys down. 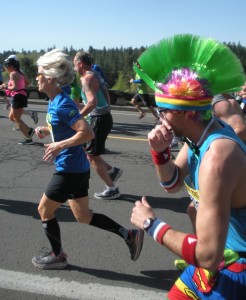 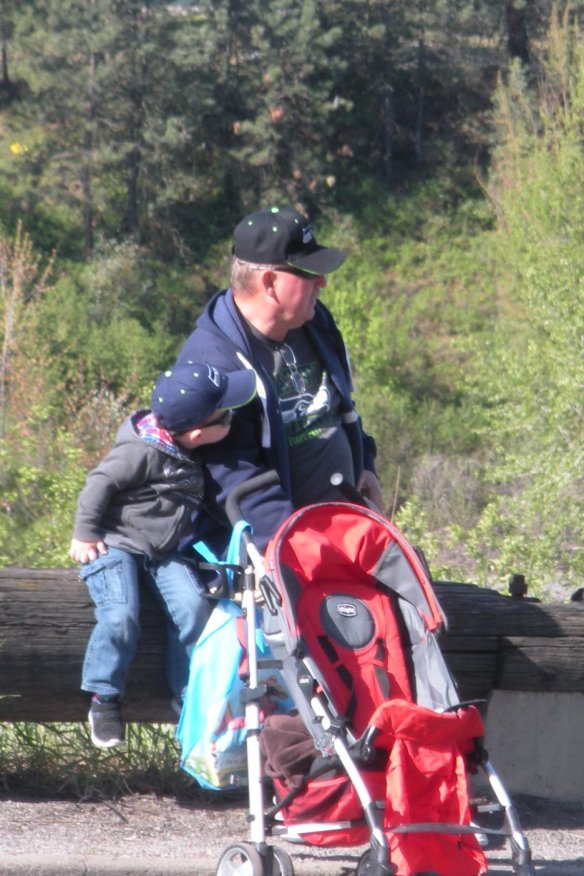 This little guy and his grandfather made quite the spectator pair in their matching sunglass and Seahawks caps. 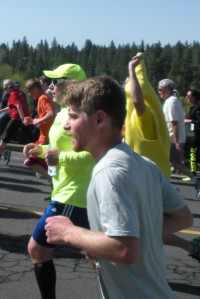 My guys were participants but I never caught sight of them.
EB said he passed the banana in the first mile, so by this point he had passed me several minutes before I snapped this picture.

Apparently EB, SuperDad, and SnakeMaster all passed by me unnoticed. We didn’t see each other, despite my looking for them. I’ve carefully looked through all of my pictures, but they aren’t there. Oh, well. 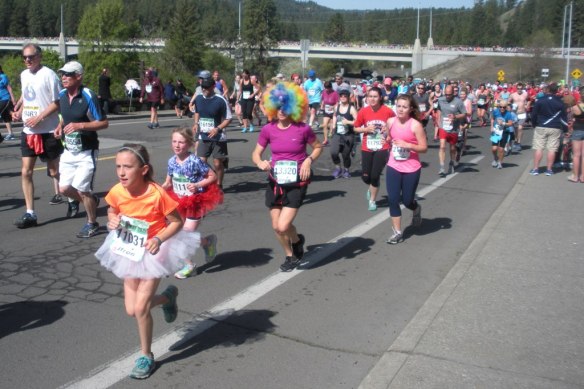 In the background, you can see the bridge filling up with runners as they cross the river and approach the bottom of Doomsday Hill.

The road does fill up with runners, nearly shoulder to shoulder when the walkers reach this point, but by then I was on my way to church.  As it turns out, so was EB… 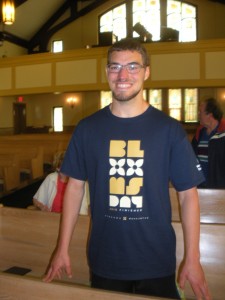 EB managed to run Bloomsday and still get to the 10:30am worship service on time, wearing his newly earned t-shirt.