It’s been a quiet week in Lake Wobegon.**

I’m not really sure what to call the past 2 weeks. At times it has been joyous, but it has also been challenging in an unpleasant way. But first, the good stuff:

I’ve gotten to visit the next generation family twice over a 4-day window.  I visited on a Saturday nearly 2 weeks ago . While The Scout and SuperDad were off Riding the Hiawatha, I had the privilege of riding with my little buddy. It had been 6 weeks since my last visit and I felt about three weeks overdue for grandson snuggles. 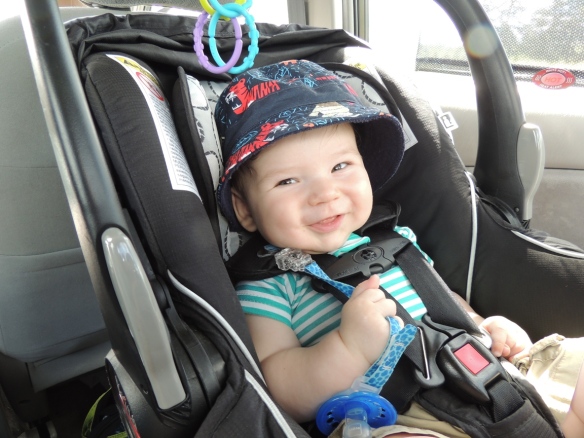 I cannot get enough of this sweet boy. SuperDad hadn’t seen him in person since Mother’s Day, so the two of us drove to their town again last Wednesday. I love seeing my husband being a grandpa. 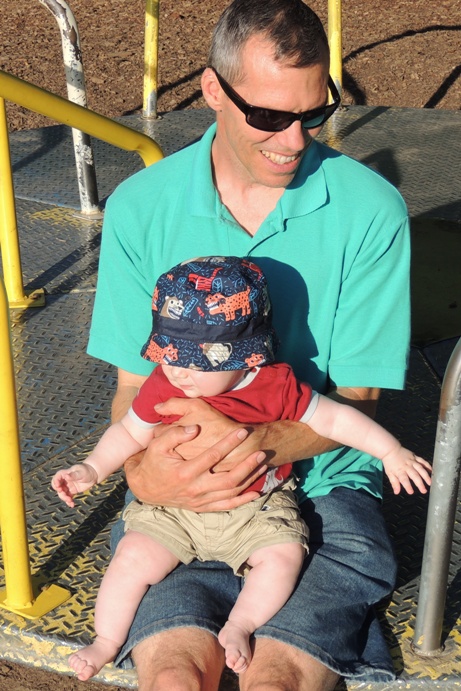 Listening to Daddy’s voice coming out of the tube at the park…   It’s so fun to see Little Foot clearly working his brain to figure out his world. 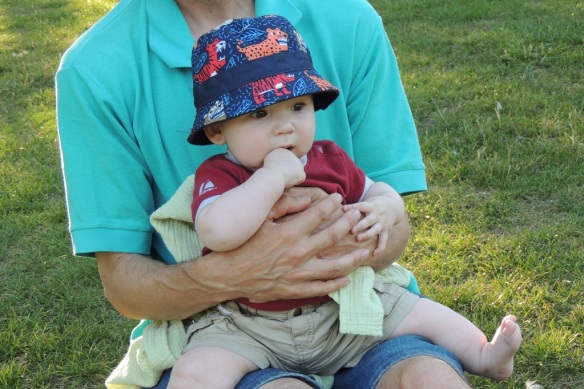 We were chillin’ at the park (literally, we were keeping cool at the end of a hot day). The Author, who loves all birds and had at one time wanted to become a veterinarian specializing in bird care, enjoys feeding the ducks. And then she caught one!

Little Foot was curious at first but then became jealous of the creature in Mommy’s arms where he rightfully belonged. It was clearly bedtime for baby. 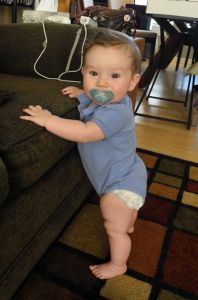 Little Foot is 7 months old today.  Time is passing by so quickly and his babyhood is already slipping away. His mama sent me this picture just a few days ago — Standing!

So now, let’s discuss the other young member of the family, our resident teenager, who has had a couple of painful lessons in life in the past month. As you might have read in yesterday’s post, he had his bicycle stolen  a few weeks ago. I have sympathy for his plight; at the same time, I had mentioned a time or three that leaving the bike overnight at the school was unwise because a single bike in a deserted area was an invitation for thieves. Granted, the bike was stolen in broad daylight, but the school grounds were empty which is the same premise.  So, bike gone, lesson learned. (I hope.)
Wait, did I use the word LESSON? Ah… this was the school year of taking an online Spanish course. The Scout struggled through this course, not really understanding much of anything. He’s our last kid and we are pretty hands-off at this point because he has been so responsible. What we didn’t know was that this was a “homegrown” course for the school district and by the end of the year, a majority of the students had dropped it, were failing it or in danger of failing it. We turned to a neighbor for help — he had taught high school Spanish before he retired — but even he couldn’t understand what the English directions were asking the students to do. With the neighbor’s help, The Scout took a “pass” on the course, scraping by with a D-.  Now he is trying to catch up with students who took Spanish 1 in the classroom by taking a 6-week remedial course online for summer school. Unfortunately, this course began one day before said teenager left for a week of scout camp and will end with another week of scout camp , leaving him 4 weeks to do the work. There’s a strong chance he may end up repeating the course in a classroom in September. So that’s painful lesson #2.

The Scout went off to Rendezvous with minimal supplies. Many items were strictly forbidden due to the fact that they hadn’t yet been invented and/or in use during fur trapping 1830 North America. The boys waded to an island with their burlap sacks, built and slept in tepees, kept mosquitoes away with smoke, swam with beavers, and generally did things that mothers shouldn’t know about. It’s the sort of week where scout safety is quietly set aside for realism. I’m pretty sure the district office allows this to operate on a don’t ask/don’t tell policy. Our young man learned some useful skills and had a wonderful time. After picking him up on Saturday, we drove home with the windows open. 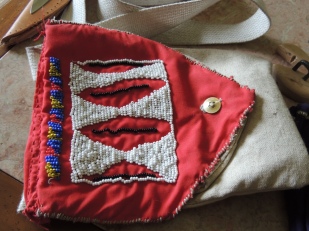 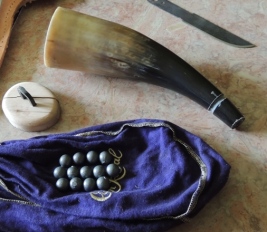 It wasn’t all mud and beaver dams and mosquitoes; they also did sewing and bead work, shot with black powder, and learned a lot of history.

Painful lesson #3: It hurts when you fall out of a tree. Sunday afternoon he took a walk through the park — and because he is a teenage boy, he saw a tree and decided to climb it. He was 23 feet in the air when the branch broke. He landed on his back, blacked out briefly from the pain, got up and walked home. Ice and pain pills got him through the evening. Amazingly, he did not hit his head or break anything. Or die. The CT scan was “normal.”

**
“Where all the women are strong, all the men are good-looking, and all the children are above average.” – Garrison Keillor

I have discovered something about myself over the past 30 years, that when the truly frightening events occur — when the kid falls 2+ stories and lands on his back, when that same kid chokes and has to be thoroughly suctioned when he’s 6 hours old, when another kid totals the car, or I hit a deer at 50 mph –all those times and more, I enter a state of calm that is almost frightening in itself. It may appear that I am lackadaisical or don’t have a true understanding of the situation. It’s quite the opposite; I understand all too well.

6 thoughts on “And all the children are above average”