That’s me! I’m Karen, known on an older blog as kcinnova (so that might just be how I sign my name, depending on how difficult it proves to change things up with this new blog). I changed blogs when we moved to a new town and started a new life on the opposite end of the country.  I was a full-time homemaker for 22 years, with plenty of volunteer jobs (and even the occasional paid gig) sprinkled in there along the way. After my husband retired, I began working as a church administrator.

This is my group of guys (I’m more than outnumbered) : 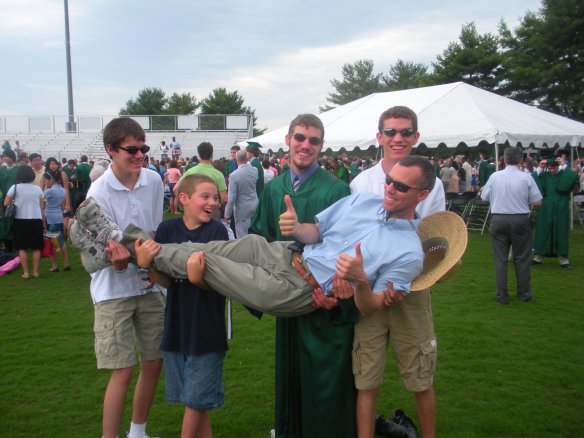 Starting from the left…

Humorous-Juniorous (H-J) is now a high school senior (Yes, I probably need a new picture), resident teenager and drum major. When he’s not applying to colleges or hanging out with friends or even doing homework, he might just be programming something on the computer, reading a book, or stick-fighting in the back yard. Hopefully he isn’t putting my minivan (or himself, or anyone else!) in peril.  2015 update: H-J is currently in his first year of college about 6 hours away from home.

SnakeMaster (SM) is our youngest son and a Boy Scout. He loves nature and being out-of-doors. 2012 was the year he became a teenager, too,  and headed off to middle school, but he’ll always be my baby. (Shhh… don’t tell him that!)  2015 update: SM is now a high schooler with a learner’s permit to drive!

Encyclopedia Blue (EB) is now a college junior. (Again, obviously, this photo is a couple of years old since this was his high school graduation!) That thing on his face is a beard—not because he really wants one but because shaving is a bother. He owns a pair of Vibram Fivefinger “shoes”  and some Xero sandals but his intention is to live the barefoot life, even in winter. With the exception of a summer job in a kitchen (Must.Wear.Shoes.), the university dining hall and his brother’s wedding, he is succeeding at barefooting. I’ve gotten used to it.

MusicMan (MM) is now in his 4th year at the university and a married man! (See below) He is studying chemical engineering but is also musically gifted, picking up instruments with ease. This young man is a hard worker with a bright future. We are very proud of him. 2015 update: MM and Rapunzel have both graduated and are working full-time, but they make time for each other and fun with friends. We are always happy to see them for a visit.

We’re proud of ALL of our kids!

And giving them all a purpose in this photograph,

SuperDad (SD) is retired from the US Army. He claims to now be building a trophy wife from spare parts he found sitting around the house. (He’s lucky I find that rather funny.) He also claims he is going to grow pigtails in his hair, but I don’t really believe him… the kids aren’t so sure… 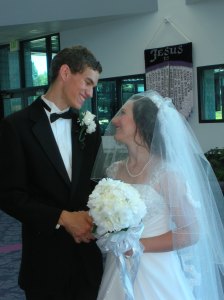 The Lovebirds at home

Rapunzel [the girl with the magic hair] and  MusicMan met at the university early in their freshman year. They married prior to the start of their junior year and are committed to completing their undergraduate degrees. We all think she is pretty wonderful.

Back in Spokalulu, our house wouldn’t be complete without: 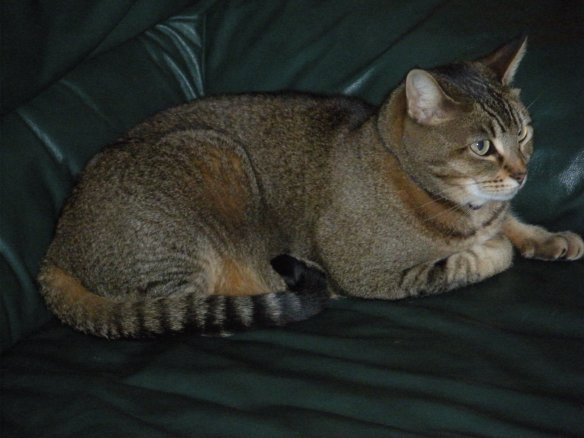 …and her nemesis, the black dragon: 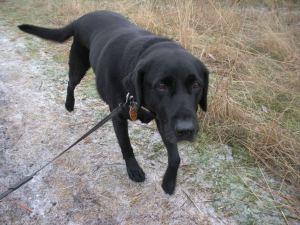